I have an unusual choice for my December Day 21 pick. It’s a book that hasn’t been released yet. But…it will be out in April, and you CAN pre-order it now at www.brooksbenjamin.com. I wanted to include it because its a middle grade by a debut author- and it looks fantastic!

MY SEVENTH GRADE LIFE IN TIGHTS by Brooks Benjamin! 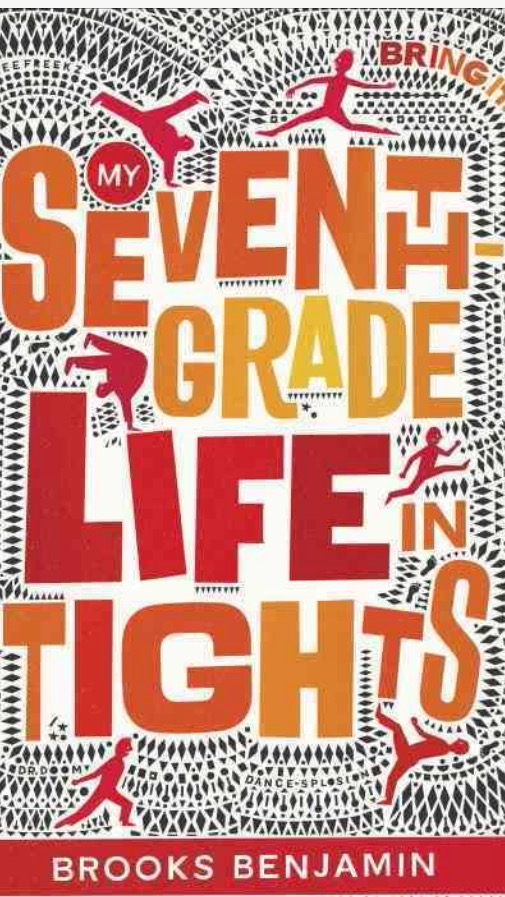 All Dillon wants is to be a real dancer. And if he wins a summer scholarship at Dance-Splosion, he’s on his way. The problem? His dad wants him to play football. And Dillon’s freestyle crew, the Dizzee Freekz, says that dance studios are for sellouts. His friends want Dillon to kill it at the audition—so he can turn around and tell the studio just how wrong their rules and creativity-strangling ways are.

At first, Dillon’s willing to go along with his crew’s plan, even convincing one of the snobbiest girls at school to work with him on his technique. But as Dillon’s dancing improves, he wonders: what if studios aren’t the enemy? And what if he actually has a shot at winning the scholarship?

Dillon’s life is about to get crazy . . . on and off the dance floor in this kid-friendly humorous debut by Brooks Benjamin.

I have heard AMAZING things about this story so go ahead and pre-order it, or make a note to check it out in April. I definitely will!